Hello everyone,
I don’t know if you have these photos in your library. Perhaps they can be informative. The first photo of the FN is from the 1912 French catalogue ManuFrance. The second photo is the cover page of the catalogue. The third, I received from a Friend from Belgium but I don’t know the origine. 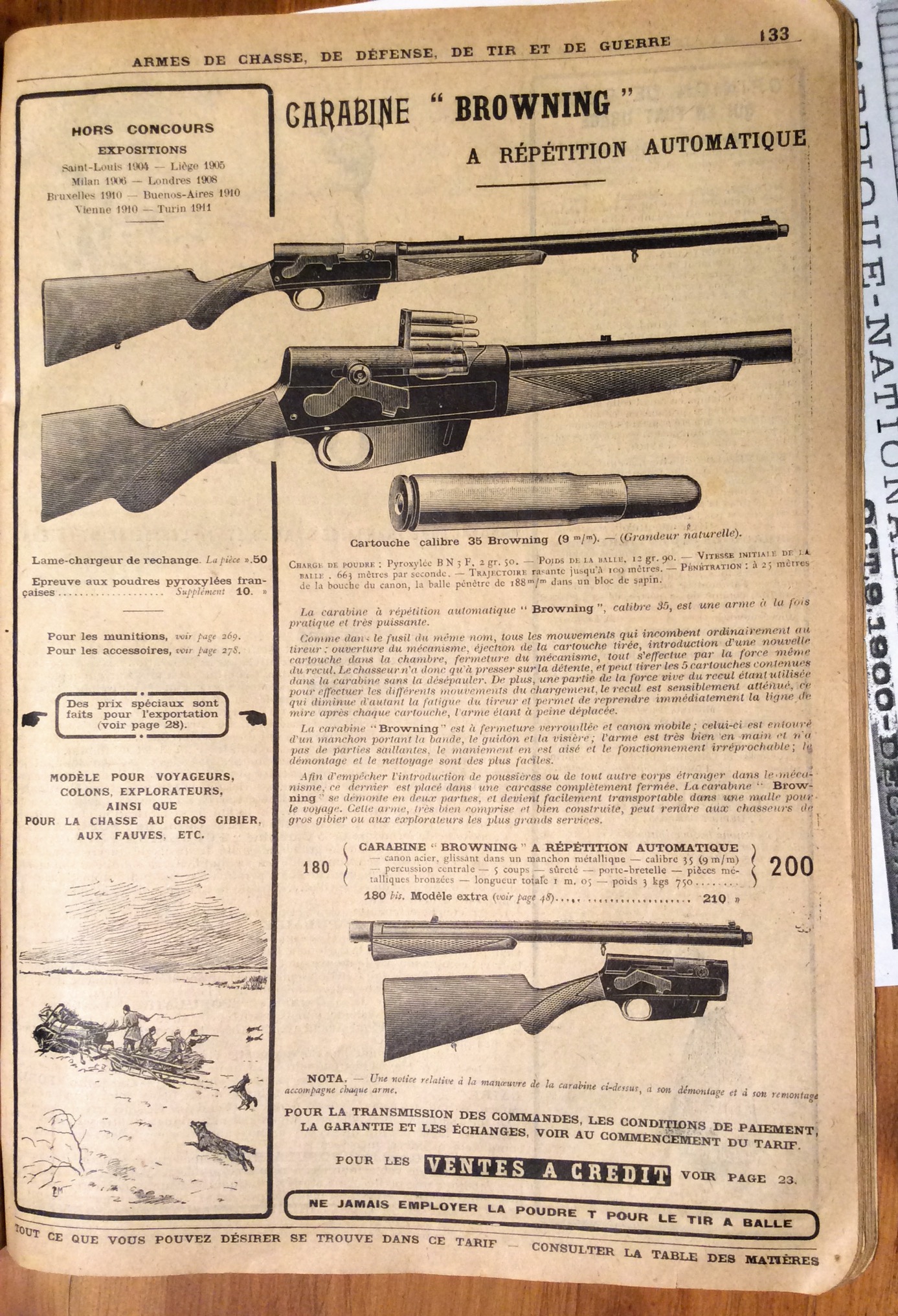 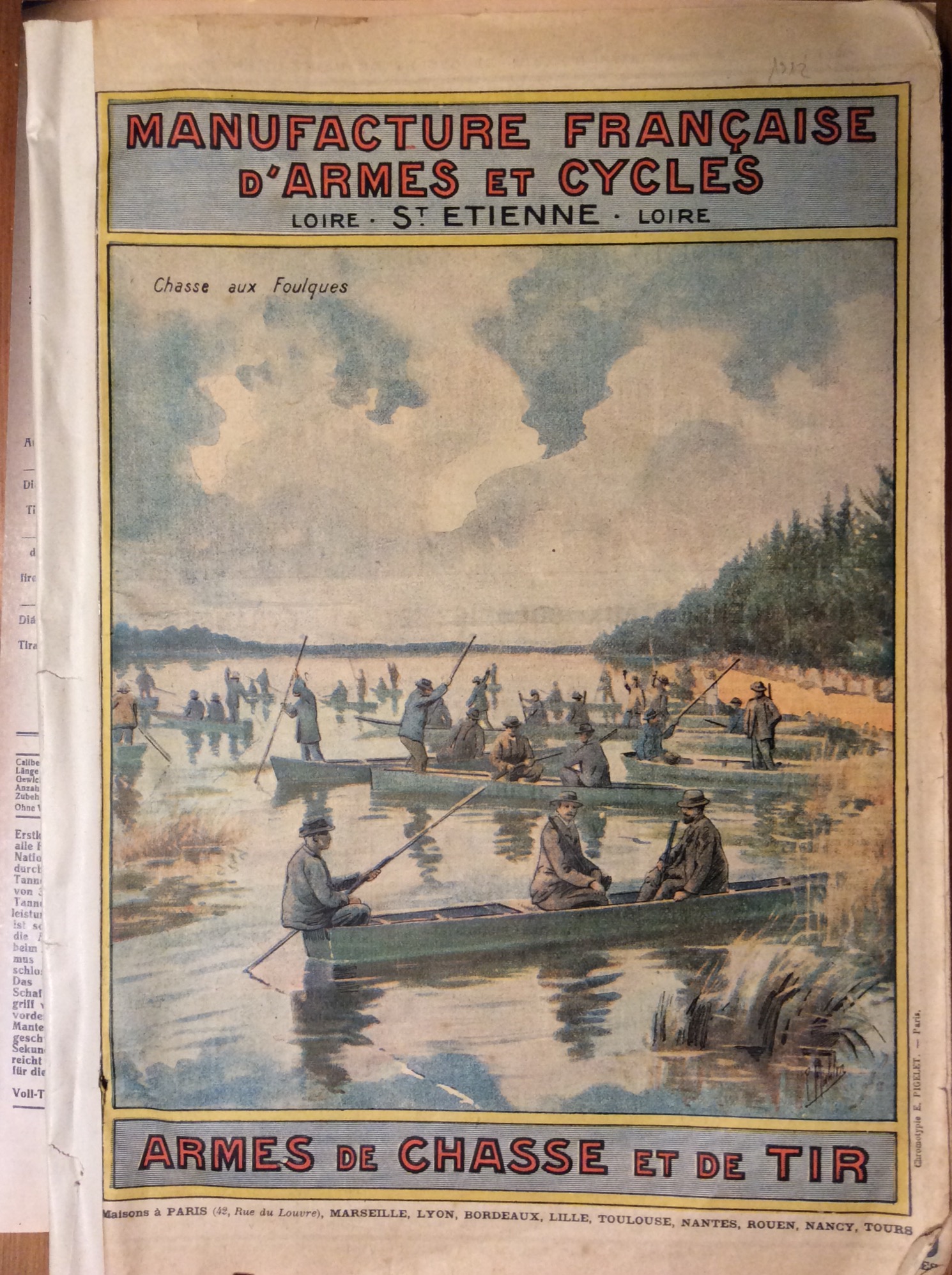 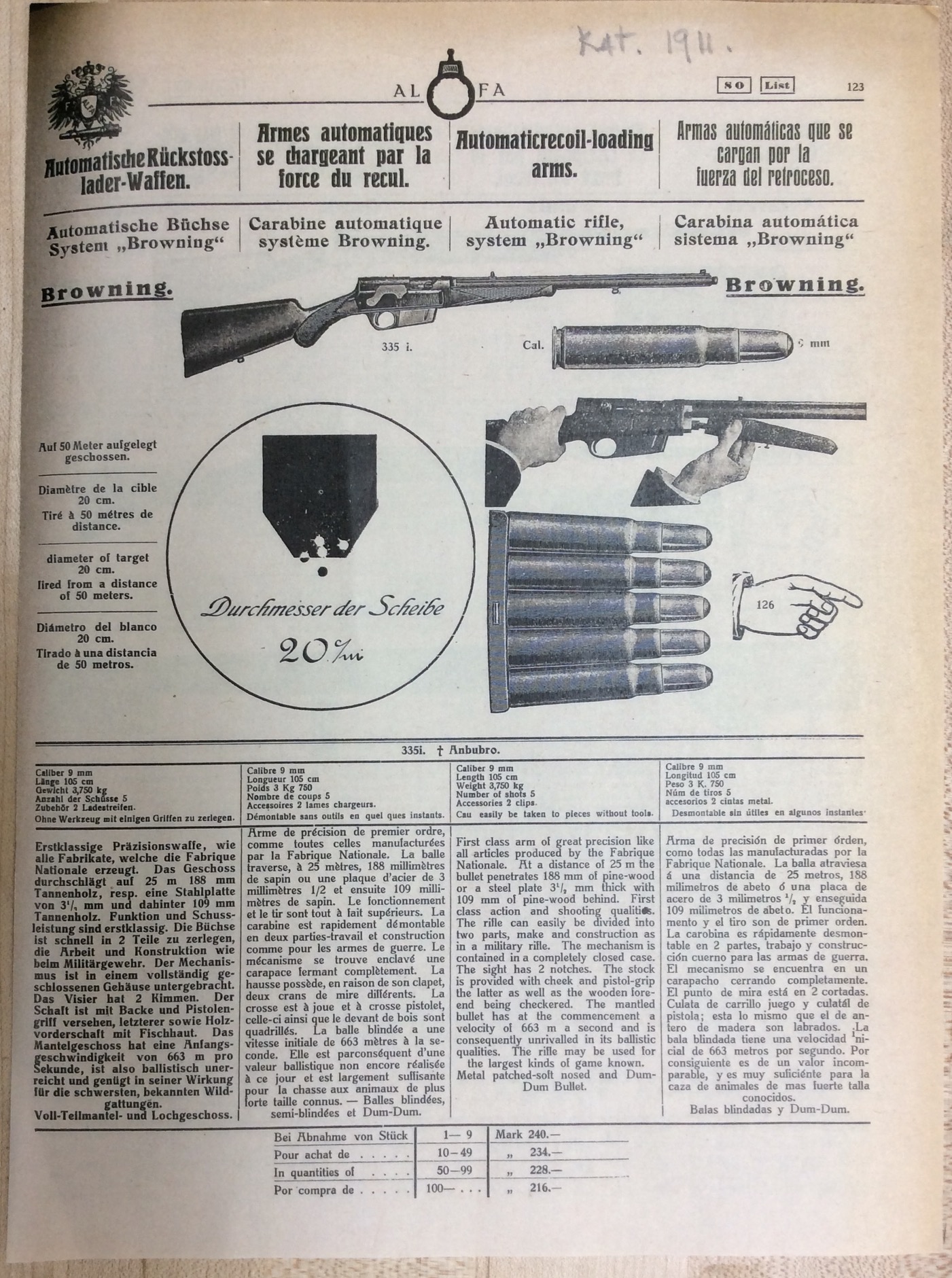 Thanks MBiz! The last picture is from Alfa catalog, circa 1911-1912. The first pictures I've never seen before and I really appreciate you sharing them with us. So cool!

Most of the information in the advertisement is basic stuff, but one cool tidbit is the claim that from 25 meters the 9mm (35Rem) can penetrate 188mm (7.4") of fir wood.

Good info for the fir hunters out there

Thanks for posting the ads - cool stuff
Top

Canuck, you are a rascal

I recall an old flick about some raccoons trashing a hunting cabin. Know anything bout that

There is an interesting detail on these catalogue page that is dedicated to only to the Carabine FN Browning 1900. The interesting detail is the mention in the caption of the carabine being presented at some shows (exposition in French in this case can be translated as show) starting in 1904 to 1911. It is commonly believed that the Carabine was sold starting in 1910. What do you think? 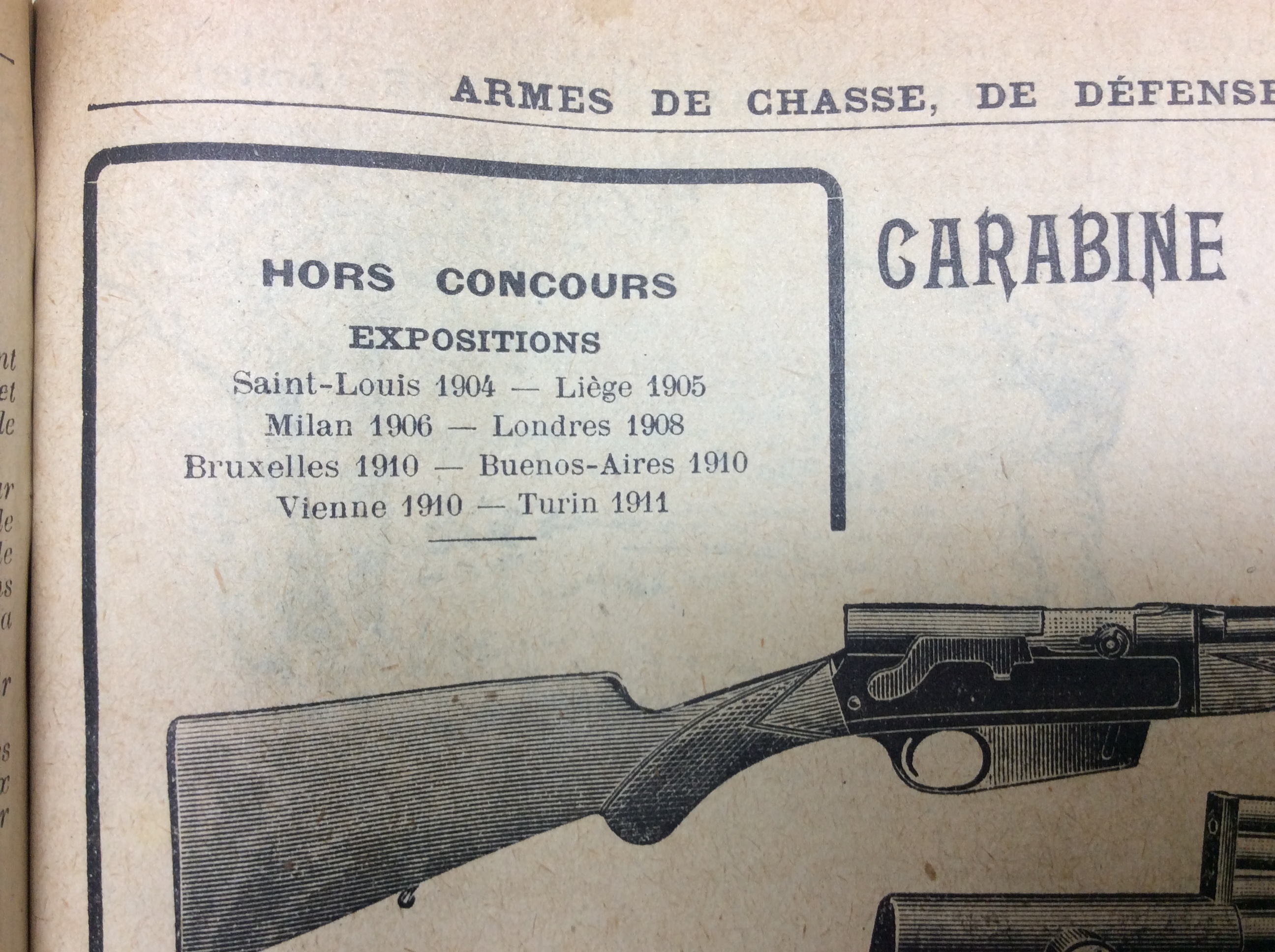