Hi everybody,
I am restoring a FN and I am trying to identify the font engraved on the receiver can someone help see attached picture. Thank you

There are several "what font it is" websites that you can use to help identify. I ran one real quick like and came up with this.

Looks similar to Aviano slab or Clarendon, and I don't know much about fonts but one would imagine it being 100+ years old it might be a custom font.

As a side note, I've seen one FN (the very rare straight grip version) with a different font than other FN's.

For a few years , I have been working on the restoration of my Carabine FN Browning 1900. The most difficult part have been, how to restore or reproduce the address on the receiver. For 5 years I research the web and asked questions on different forum. I finally came across something on Canadian Gunnutz. Here we go with the pics and the explanation of the assisted computer technique to reproduce the markings. 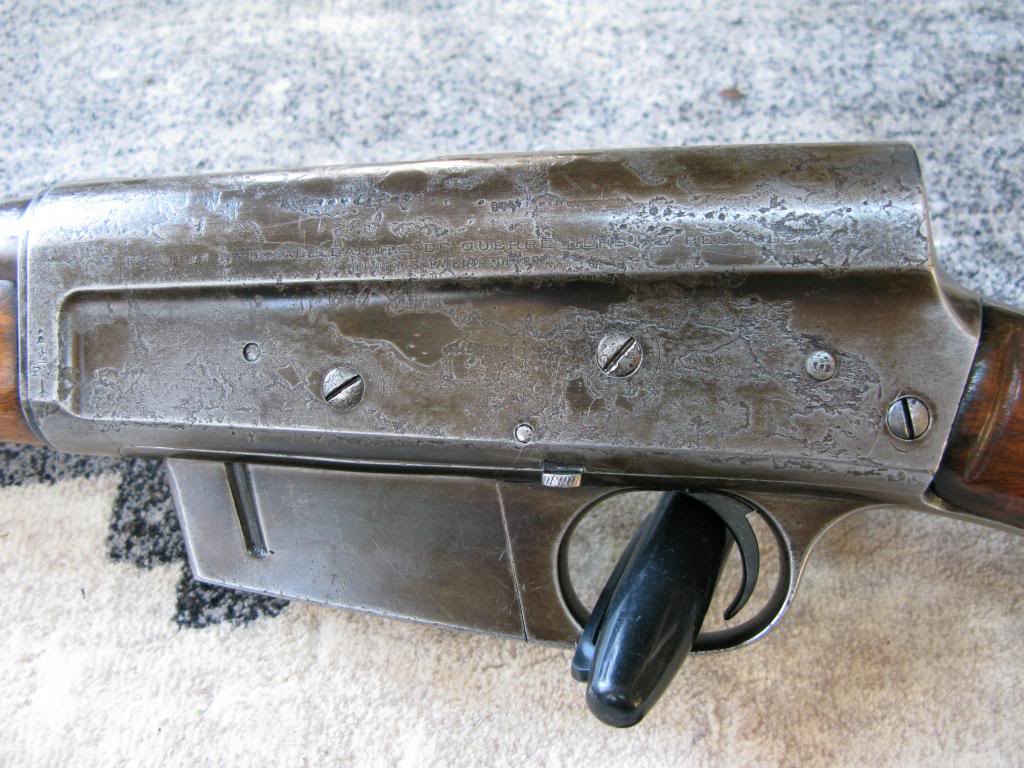 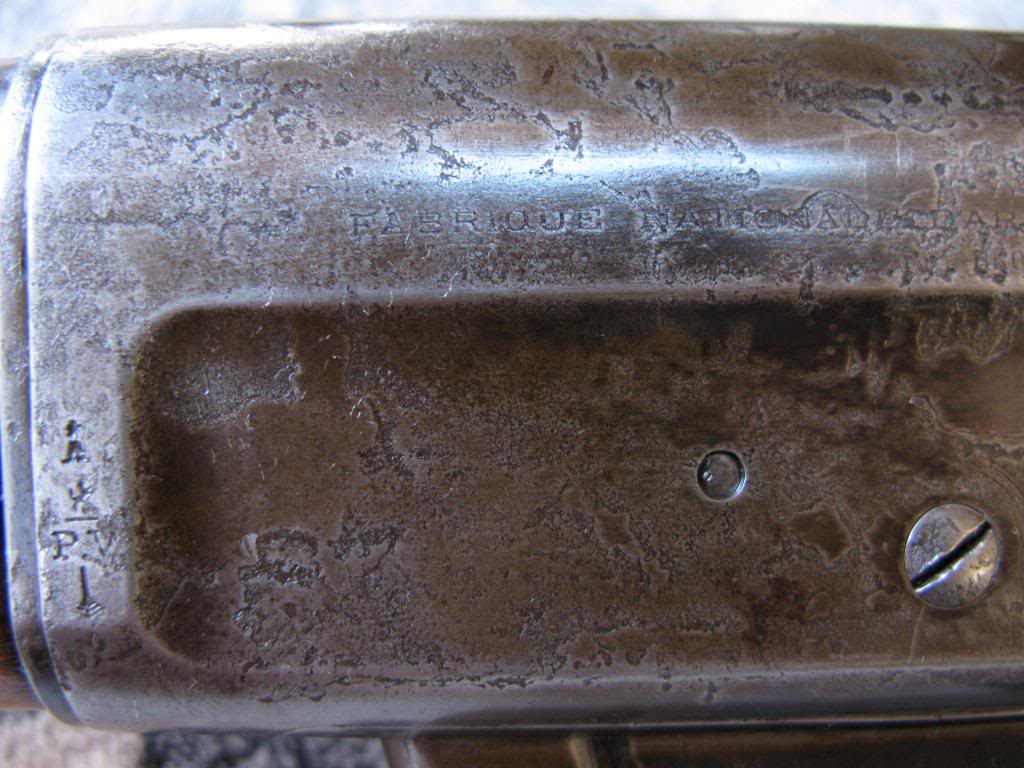 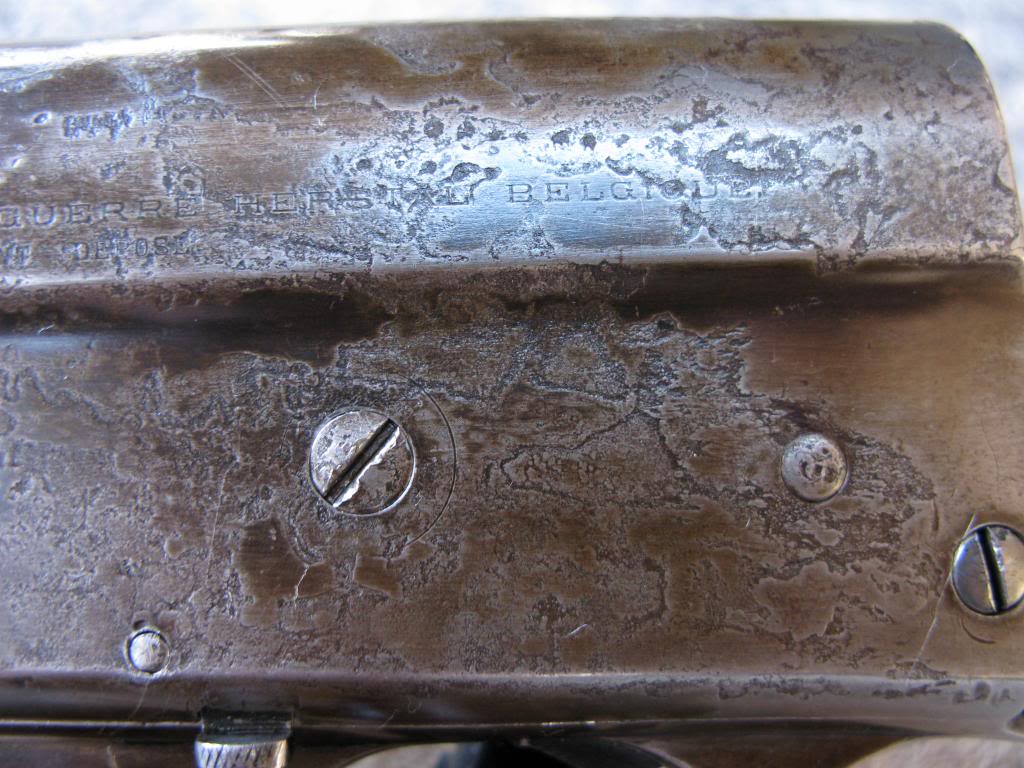 Then, the cleaning and sanding. As you see, there is not much left of the lettering 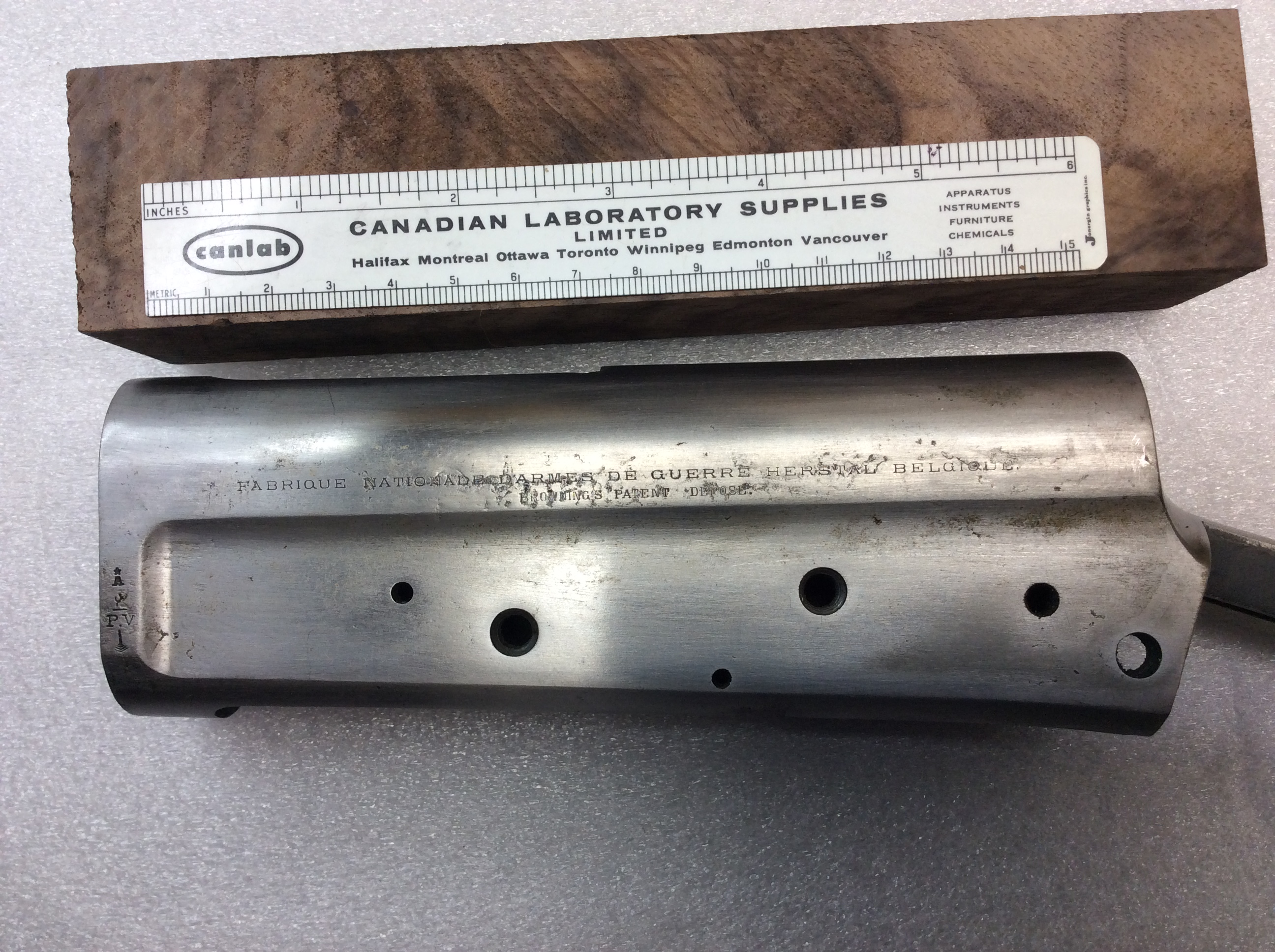 I took a close up of the lettering and opened the JPG in a program call Gimp (image editor program, like photoshop). I cleaned the surrounding of each letter and reworked them pixel by pixel. Notice the ruler in the pic. It is important to keep the ruler in the pic, in other to scale the address to dimension. 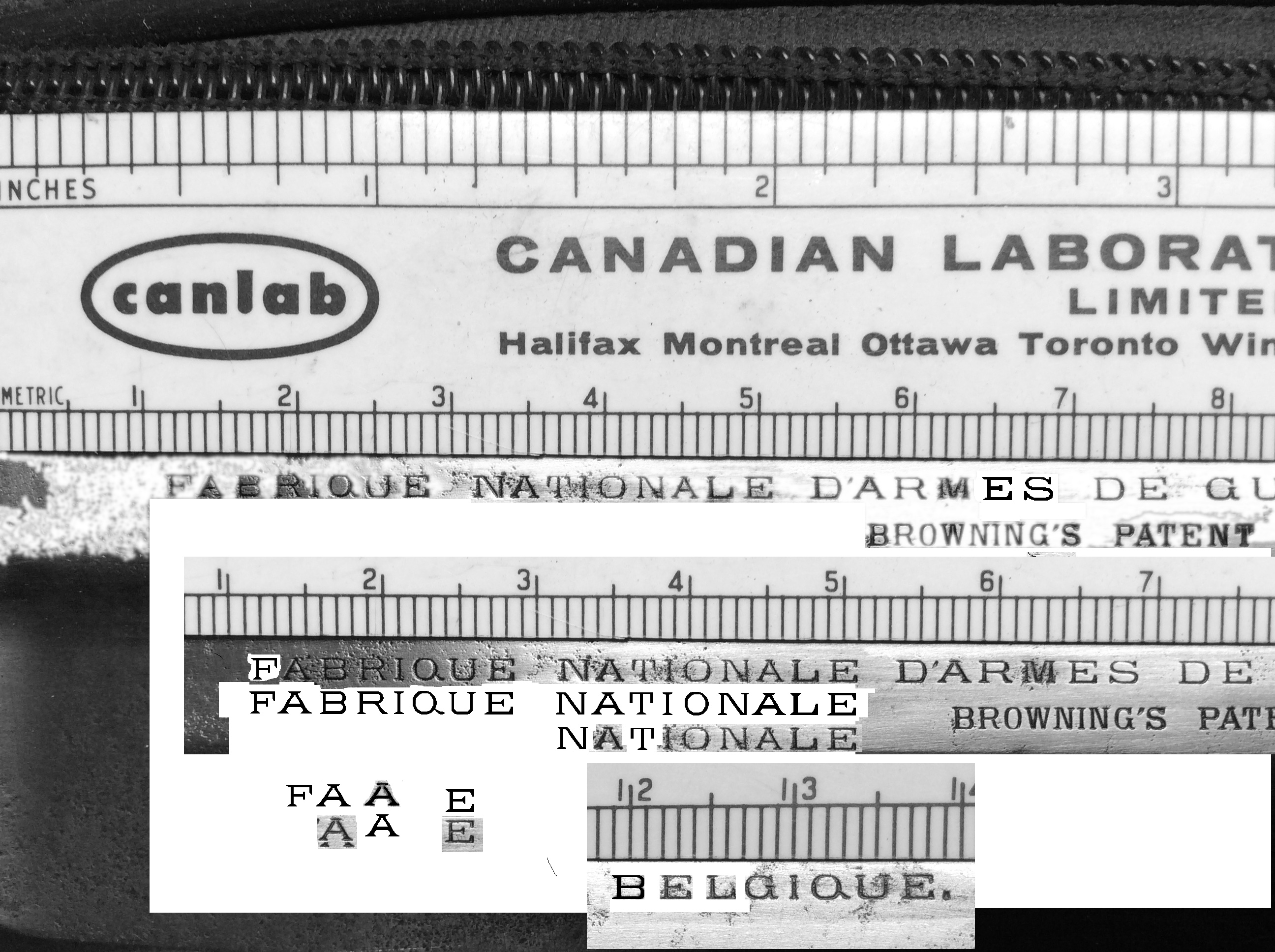 After having restored and scaled the address, I place it in the receiver image in a mock-up, still using Gimp, in order to see the end result.

In the next step, I will used Inkscape program to vectorized the jpeg image of the lettering. The laser mounted CNC machine that will engrave the letter can only read vectorized image.

Prior to the laser operation, I bead blasted the receiver. 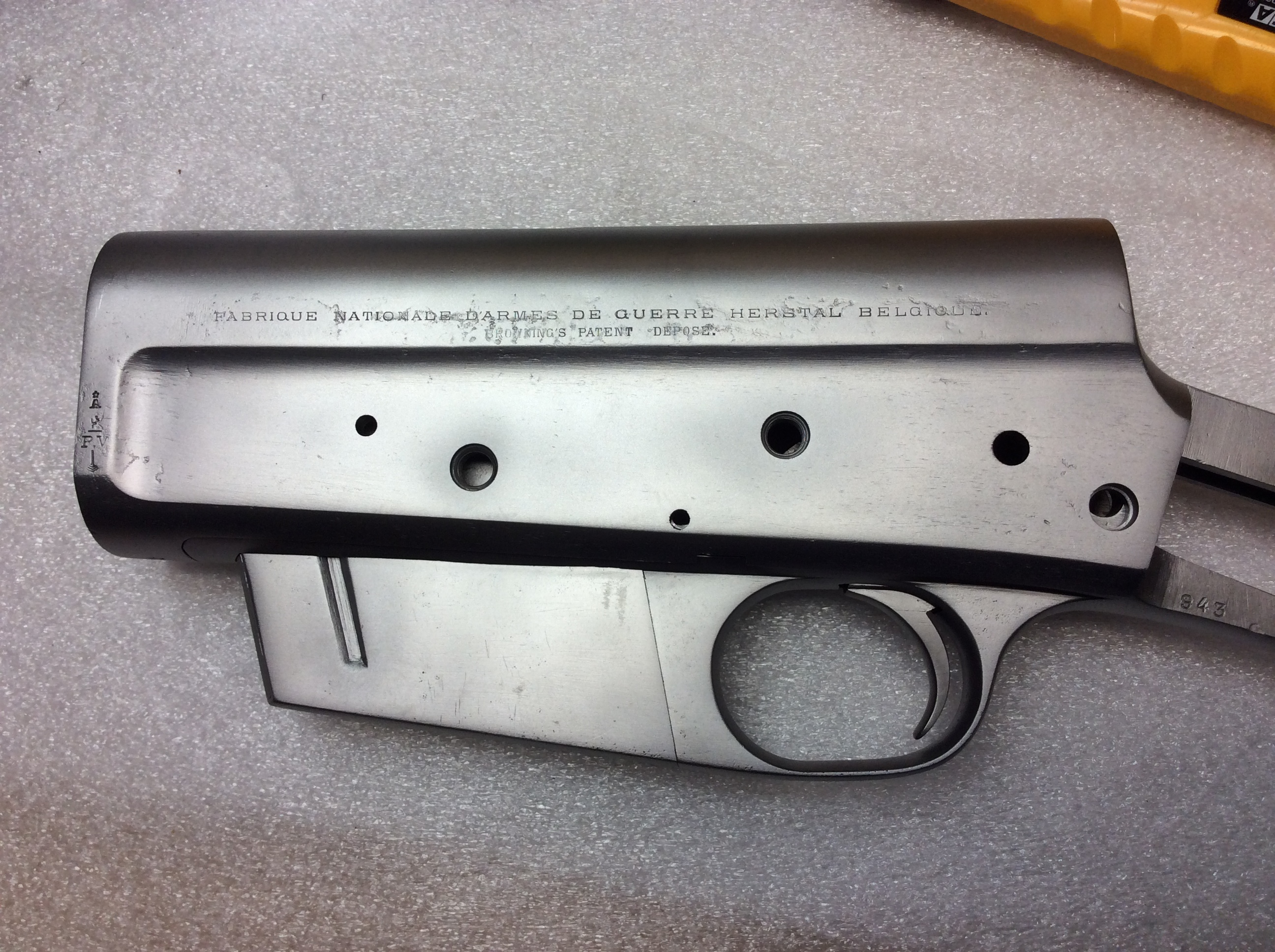 Than I sand off the deteriorated address, polish the receiver and ship it to the laser shop. 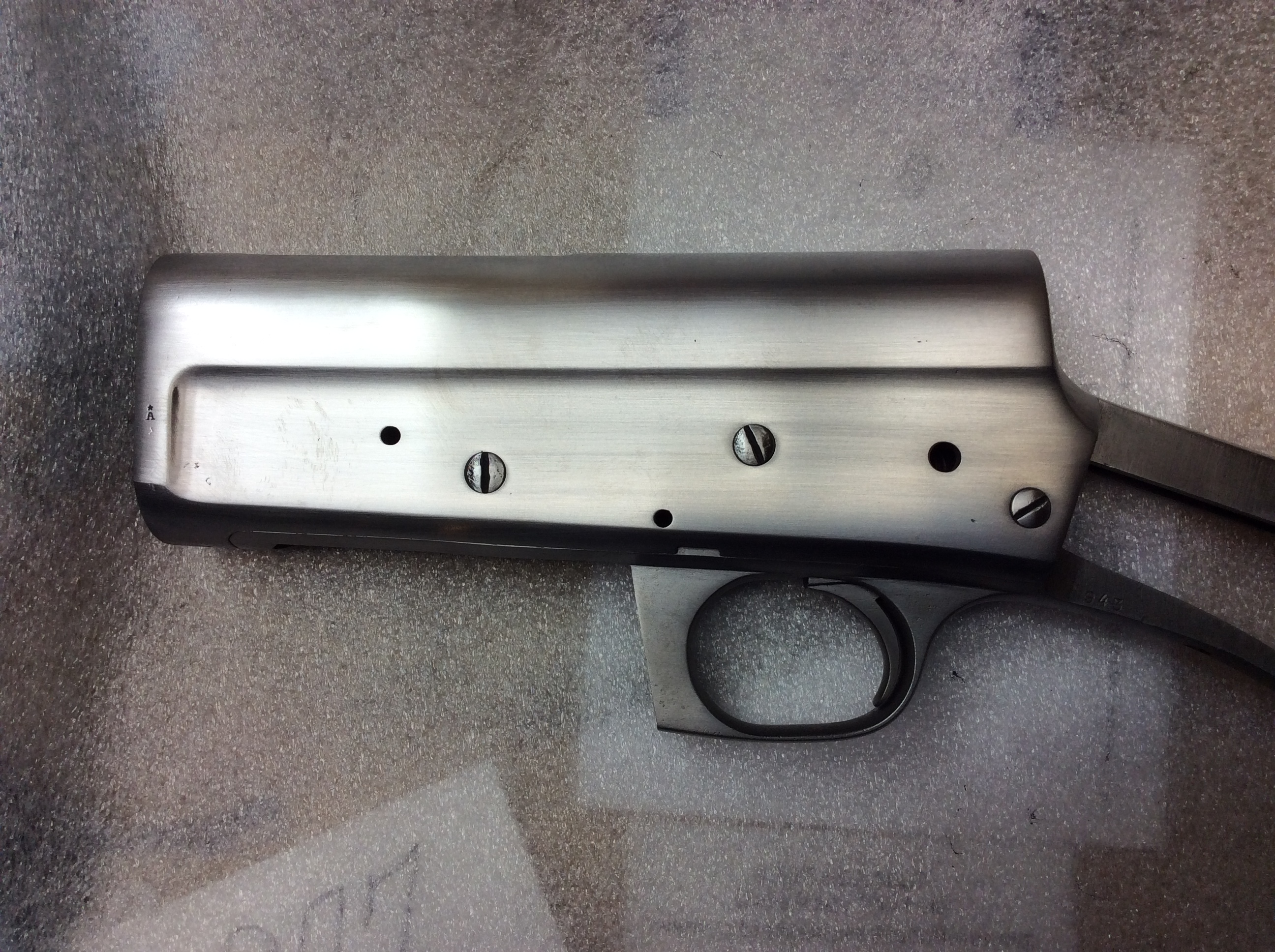 Here is the final result 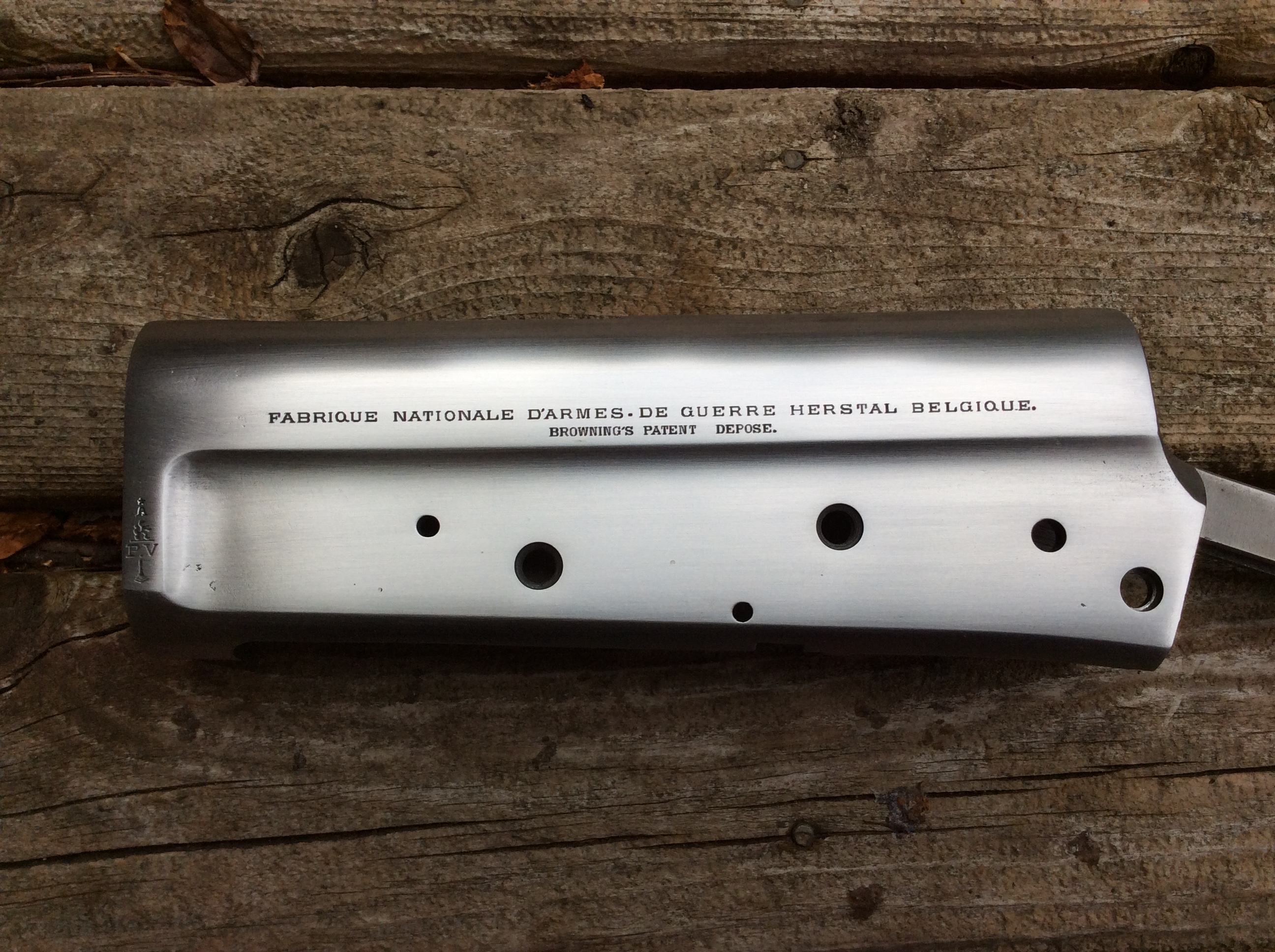 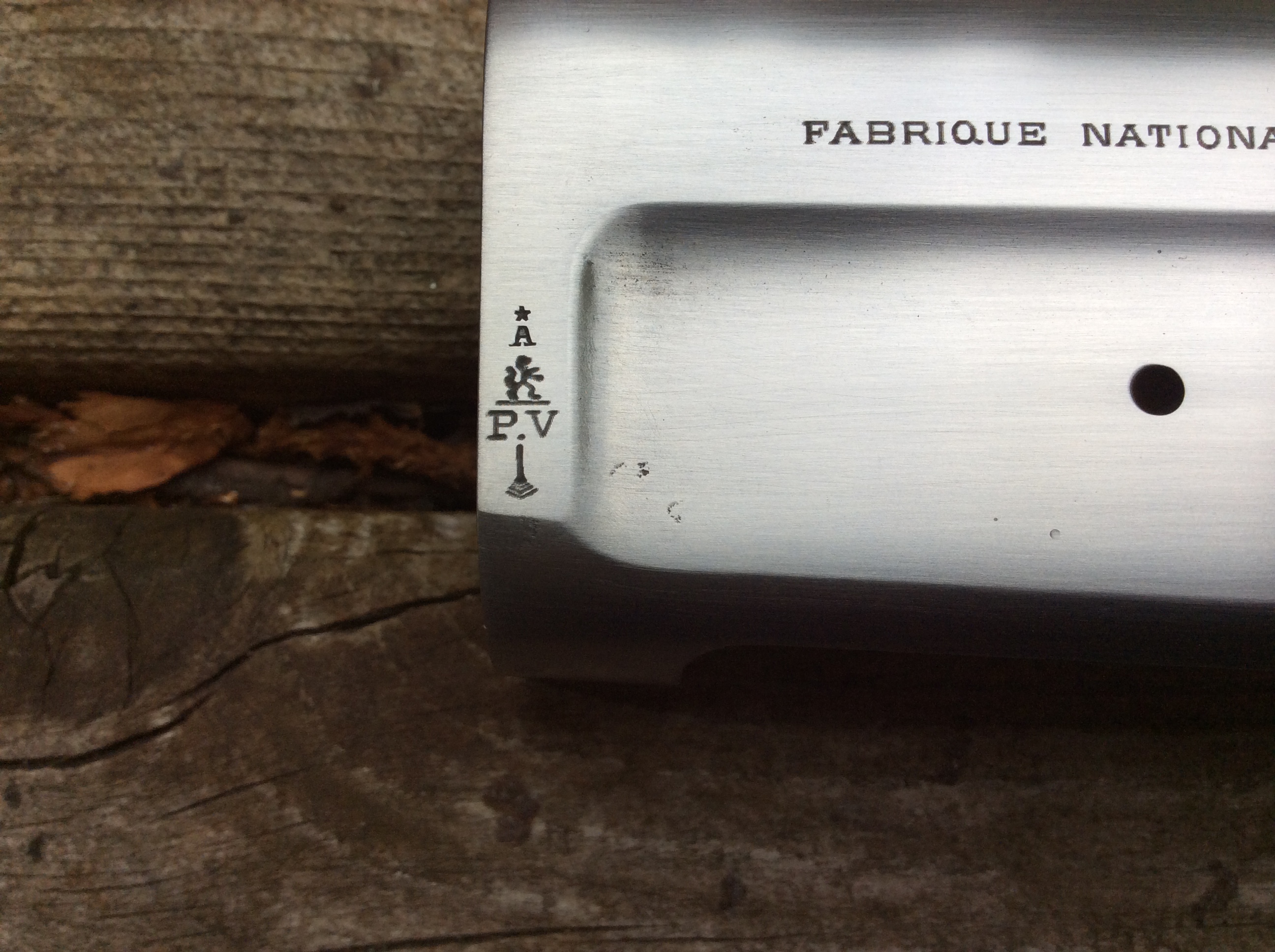 That is just amazing! Can’t wait to see the finished product.
Top

Wow! That's a great restoration. Did you identify the font or did you just have the engraver go straight off the cleaned-up photo?

Will you be sending it out for re-bluing?

Looking forward to further installments on the project.
Top

That's true firearm restoration! I love this thread. Restorative gunsmithing of this level is not seen very often so I've enjoyed it. Please keep us pictured up on this project! My wife's a graphic designer so I can appreciate the time required to transpose those digitally. VERY COOL!!!!
Cam Woodall
Site Co-Administrator
Top
Post Reply
7 posts • Page 1 of 1