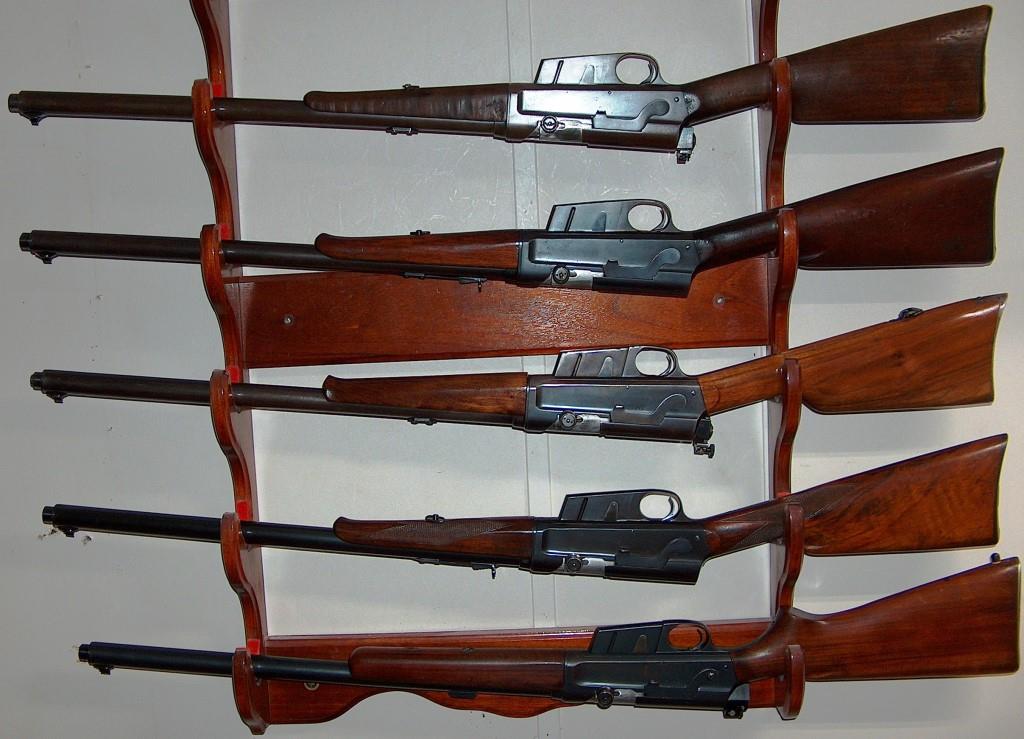 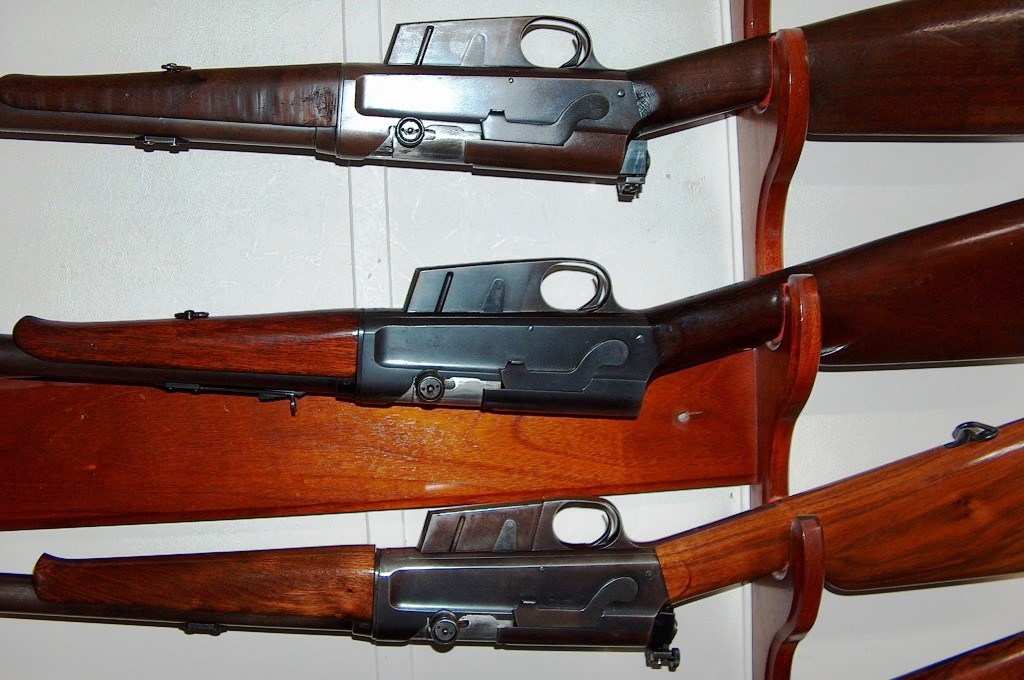 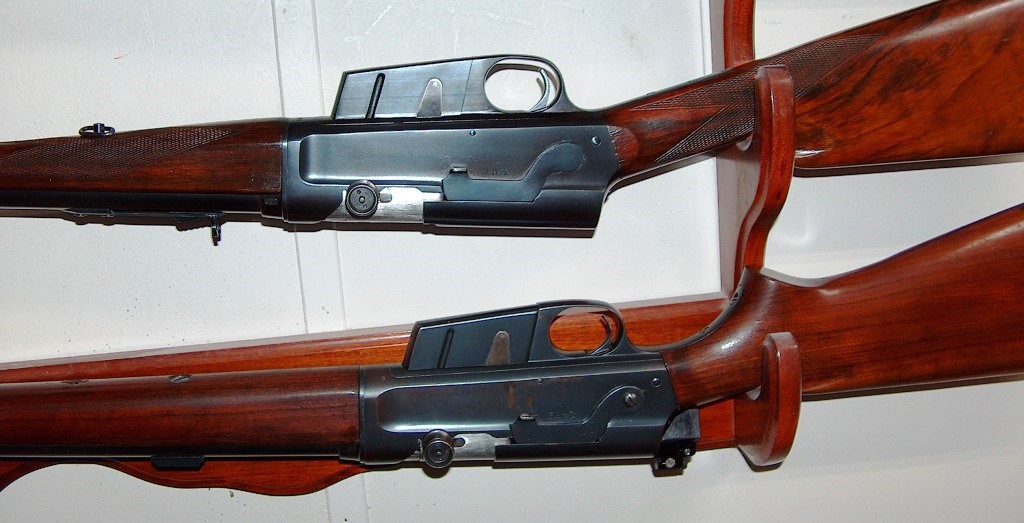 Great collection of auto loaders. Great blue and cheeks now those are fine examples of how things use to be made.
Top

A nice set of rifles that shows some of the nice features. Could be a touch of jackitis setting in. Keep up the collecting.

We had two other Model 81's. For some reason we kind of lost interest and I had listed them here: A Model 81 in .35 Rem. that was pretty nice, and a Model 81 .300 Savage that had the wood checkered. The WTS listing didn't seem to generate a lot if interest so we decided to keep them, but then out of the blue I received an inquiry on the .35. Well we have the 8-C in .35 so my brother decided to sell it. Then we showed our friend that we shoot with the .300 and he now has that one. Now I wish we had kept the 81 in .35.

Then I see the listing for the M 8 .30 Remington with the replacement wood and it had the Redfield receiver sight, and because I had put a Redfield on the .25 I just had to have it. The 8-C was our Father's and has been in the family since we were small. The 81 in the photo we found at a gun show on our way out the door, and the price was okay, so we brought in home.
KEN
Top

Jack I think you are right, did you visit and infect them with our disease

I am the cat who walks by himself. And all places are alike to me.
Top
Post Reply
9 posts • Page 1 of 1