by canuck
I recently picked up a rough Model 8 in 30 REM, so absolutely filthy that the action would hardly move.
There is a "through" bolt in the wrist of the stock, I haven't been able to remove it yet, but have been working on the barrel assembly.
Unfortunately, I didn't think to take any before pictures but the internals were terribly gummed up and rusted.
After a good long soak in diesel fuel, and some elbow grease, things aren't looking too bad - except!!
Mucho pitting on the barrel itself - would you be concerned with shooting with this barrel? 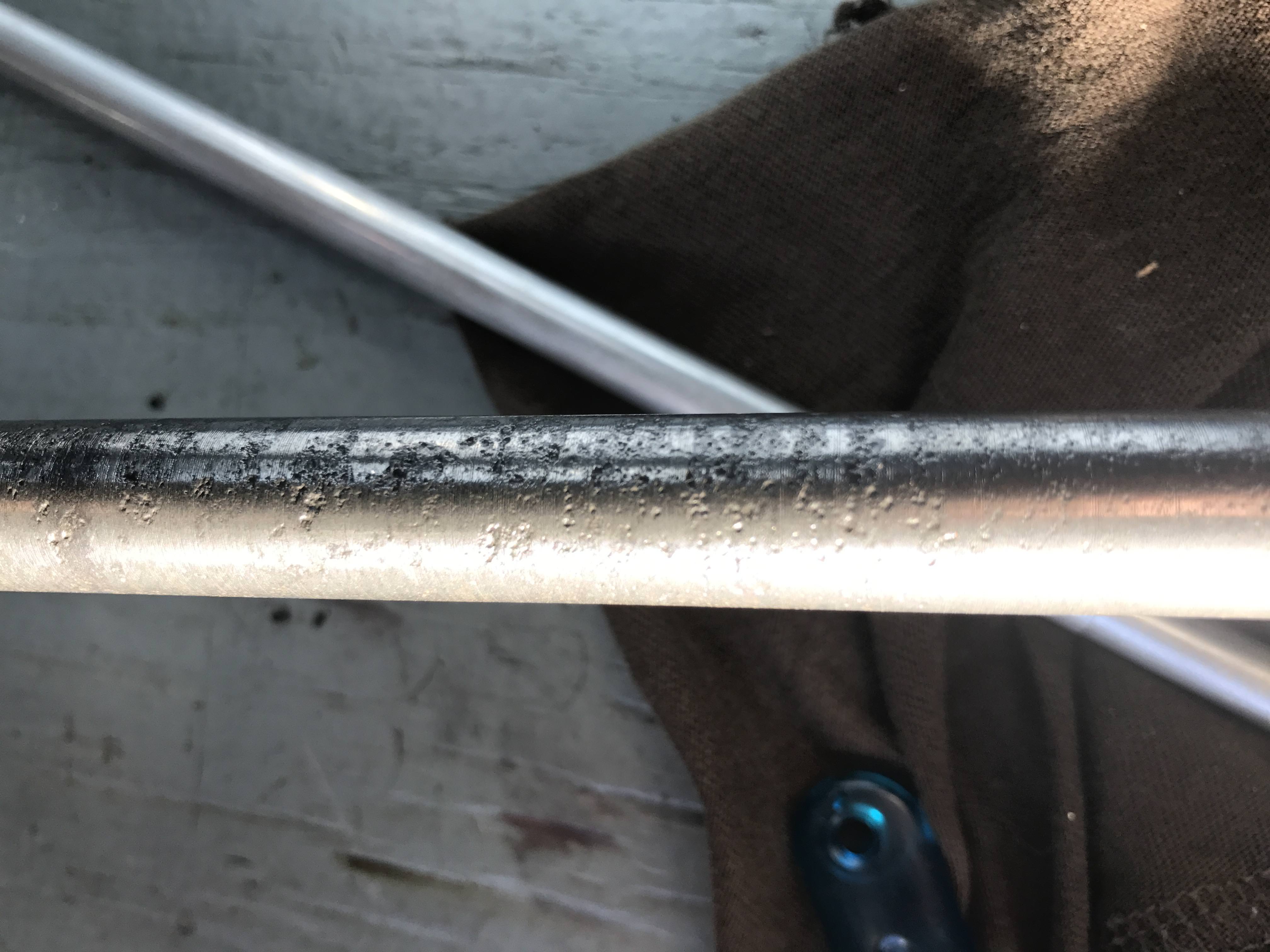 And, interestingly, it is a replacement barrel!
I've never seen this before! 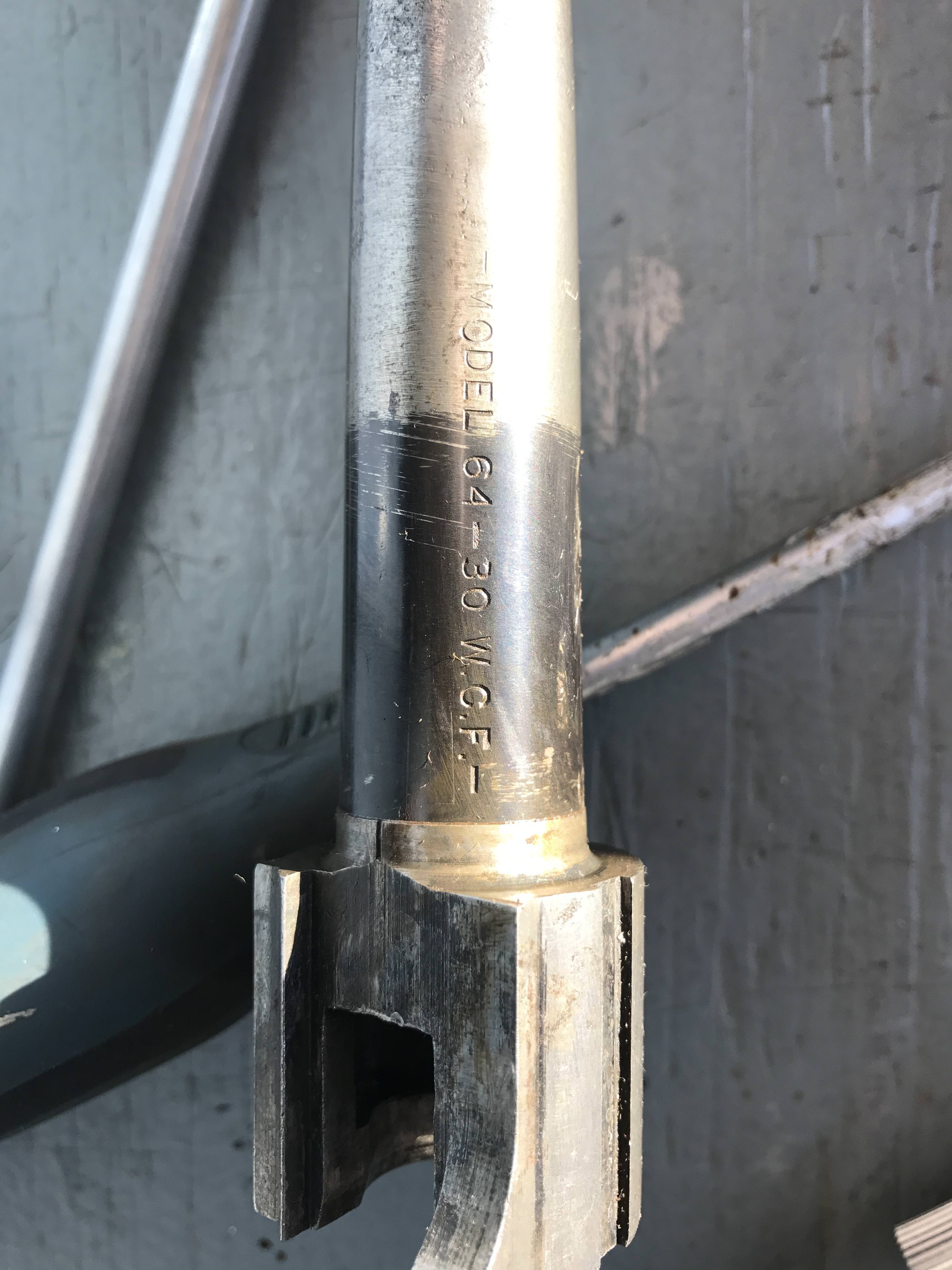 by Phyrbird
30 WCF is the Winchester 30-30 round.
The Model 64 is Winchester lever (bent) action.

I could be in error but this looks like a re-barrel assembly from repair/restore.
It could be just fine as long as the headspace is ok. As for the pitting I would be more concerned with deep gouges around or the length of the barrel, they would be more likely to start stress cracks.

by 81police
WILD!!!! Never seen anything like that before

by canuck
Someone sure went to a lot of trouble to keep this gun shooting, the machining of the barrel to chamber head piece (?),tapering of the barrel and the thread/keyway cut on the end must have been almost as much as the gun was worth
All times are UTC-06:00
Page 1 of 1
Powered by phpBB® Forum Software © phpBB Limited
https://www.phpbb.com/