I am guessing but I do not believe the recoil pad on my Model 8 is stock.

If not stock what did the butt stock look like from the factory? 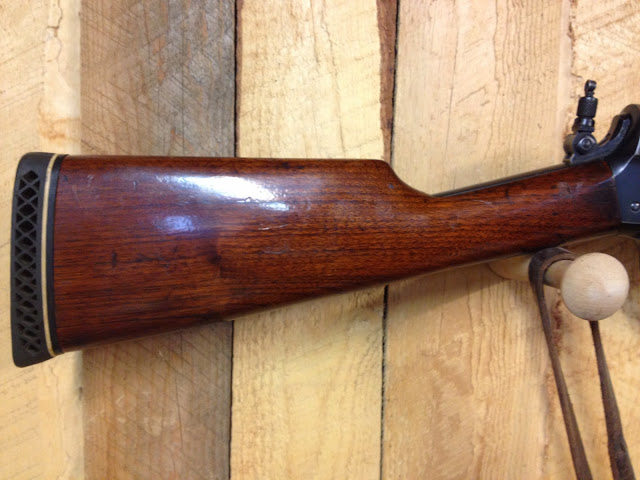 T-Bill , The recoil pad would not have been original. While back we had a "contest" post of sorts with photos of different configurations of the buttplates that were offered. I searched for it but it was either too far back or I skipped over it. If someone that replied to it has the link perhaps they will post it, as I remember it had some good examples.
With your rifle being a '32' Model it likely had the hard rubber buttplate. These had a slight curve.It appears when the recoil pad was installed on yours that, as is customary, the stock was cut or sanded flat for the pad installation. The gallery section has several photos that may give you an idea of what it looked like originally.
Joe
".......ain't many troubles that a man cain't fix
With seven hundred dollars and a thirty ought six."
Top

Hey Bill, I'd certainly agree with Sarge that the recoil pad is NOT stock.

If your rifle was mfg in 1932, the standard buttplate of that day was a bottom tang, steel buttplate of which was semi-curved & partially checkered. See below.

Well, I sure would like to restore the original stock but I am afraid they cut a little too much off!

I guess I will just have to look for another one! In fact, I got a lead yesterday on a collection of 6 not far away.
Top
Post Reply
4 posts • Page 1 of 1

Users browsing this forum: No registered users and 4 guests